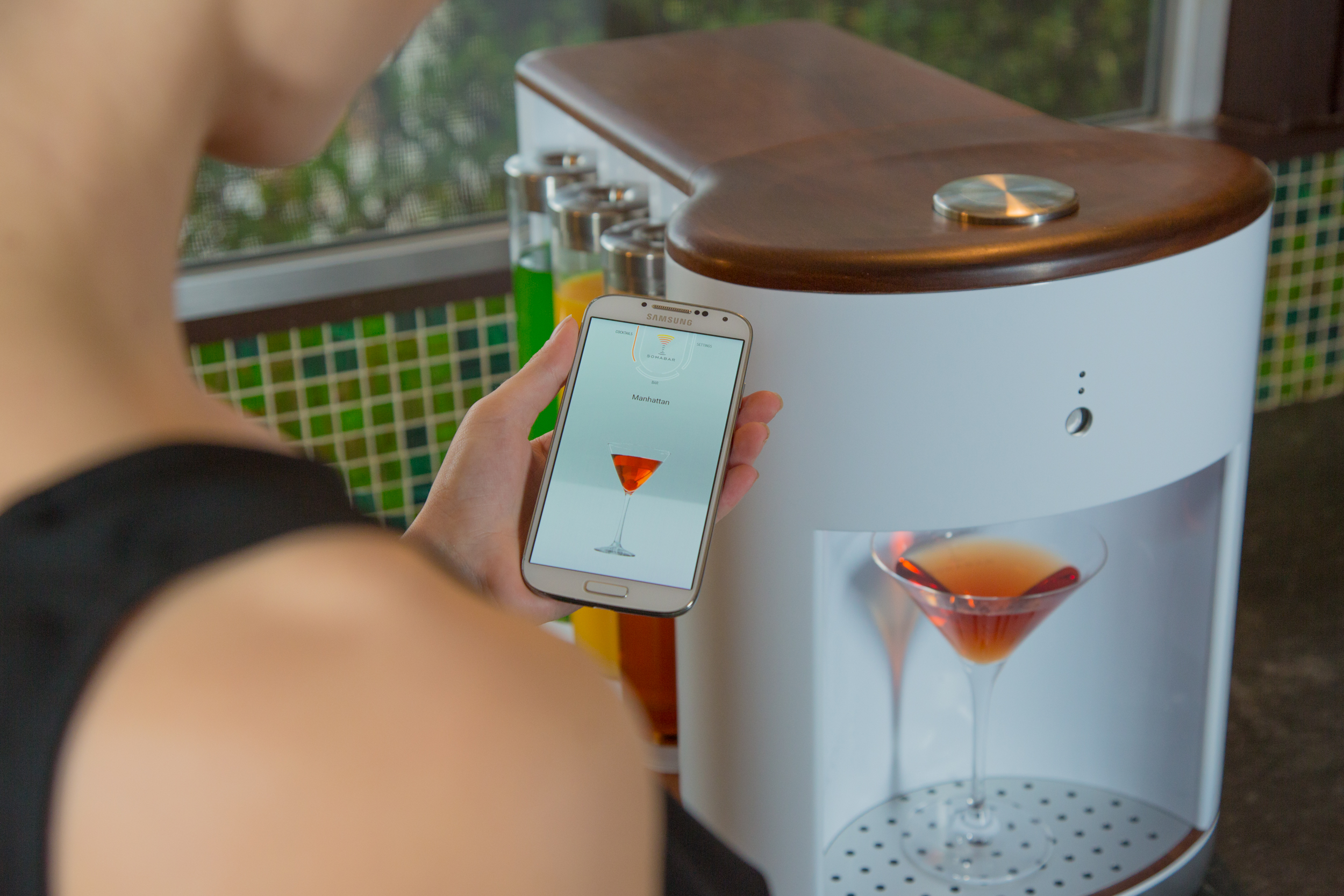 January 3, 2015 (Los Angeles, CA) – Meet Somabar, the first smart automated bartending appliance created for your home. This patent pending technology is the brainchild of two young entrepreneurs based in Los Angeles, Ammar Jangbarwala and Dylan Purcell-Lowe. “We are both fans of mixology and technology and consider ourselves nerds on the two subjects. Three years ago we had this ‘aha’ moment and realized bartending and mixology are about a century behind modern technology,” says Jangbarwala. “So we started playing around with pumps, tubing, a bulky HD screen and some programming and created an android app and a crude device that rested on a metal skid. But there it was, a robotic bartender sitting in our garage making cocktails in 5 seconds.”

After three years of refinement and a few dozen rounds of prototyping they have created a fully functional prototype with a sleek design. It’s a project they are truly excited about. However, “Due to the large manufacturing and development costs we will have to incur, we are limited in our ability to bring this to market,” says Purcell-Lowe. Therefore, they have taken their project to Kickstarter.com.

While there have been other automatic bartending machines created for clubs and bars, there has yet to be one created and priced specifically for the home appliance market. “We wanted to create something people could actually afford and use in their own kitchen,” says Purcell-Lowe “not just something they could only dream about.” Somabar stands at 15’’ tall and fits easily next to your coffee maker. It uses a Wi-Fi connected ordering system controlled through an Android and iOS compatible app with the ability to make 12 drinks a minute. But, what makes Somabar even more unique is that its patent pending technology is able to infuse craft bitters, while also thoroughly mixing every drink, before being poured into your glass. Its six liquor containers and bitters container, also called Soma Pods, are portable, dishwasher safe and easy to refill. Somabar is self-cleaning using an internal water-flushing system ensuring that every cocktail made tastes like your first.  It boasts an interactive menu of over 300 cocktails and makes each drink creation in under 5 seconds.

Their campaign is now live at: http://kck.st/11ChwPn