Maybe you have seen my VEX IQ frog at VEX Worlds or on VEX Robotics Facebook and Twitter channel. 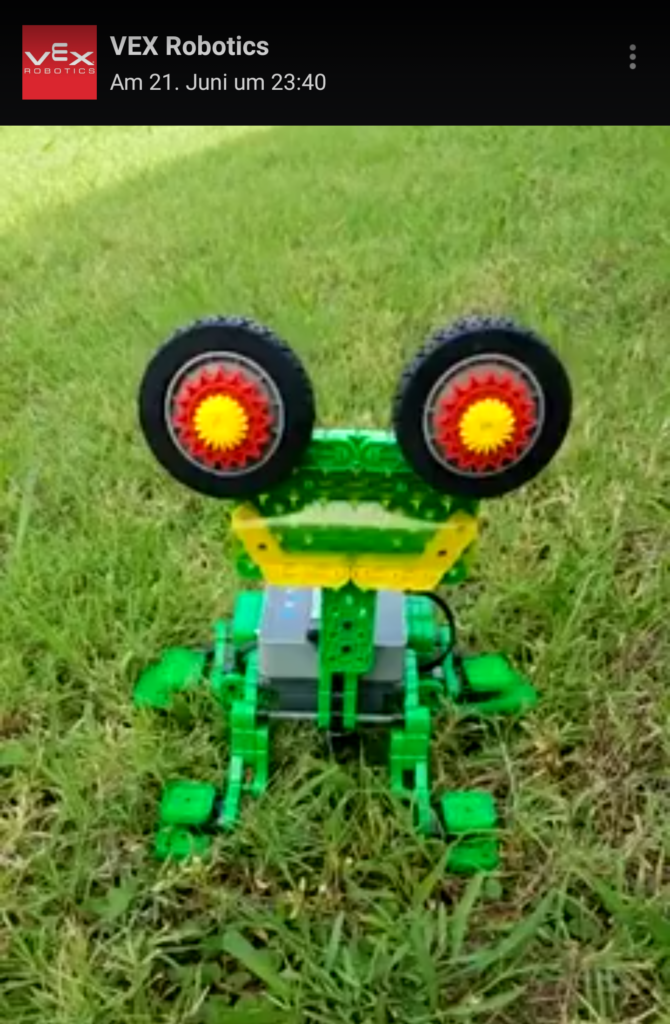 My fellow VEX IQ SuperUser Andreas Dreier created building instructions for my robots, I want to share with you here. 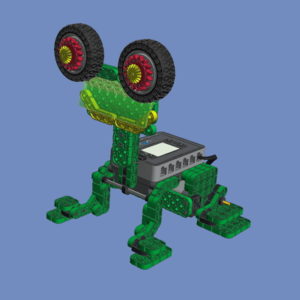 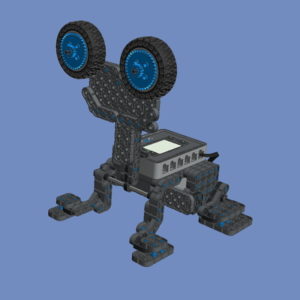 The Complete Package for the green and gray version, including the RobotC program, can be downloaded here:

If you have any questions or problems regarding the VEX IQ Frog, you can find me in the VEX IQ Robotics Facebook Group

Information about SnapCAD just appeared on the VEX Robotics website. You can now sign up with your email to get informed as soon as SnapCAD is available for download.

SnapCAD is a community-built solution for designing virtual VEX IQ models and creating printable, shareable instructions for them. Use SnapCAD to test out a novel idea in the virtual world before building it physically, or to share your creations with the world in the form of step-by-step build instructions!

SnapCAD is a FREE download and available to anyone with a PC running Windows 95 or newer (see below for full system requirements). Students can even install it on their home computers and bring their models (saved in the lightweight .ldr or .mpd file formats) into class the next day.

The SnapCAD vision began when some members of the VEX IQ community began converting VEX IQ CAD files into the popular open-source LDraw format. This made them available for use in a number of publicly available LDraw editors.

Las Vegas, NV—January 5, 2014 – Wonder Workshop (www.makewonder.com), a company building delightful robots for children to learn to code, today announced the launch of Wonder Magazine, a free bi-weekly digital magazine for children and their families. As children around the world start their exploring coding and play with robots Dash & Dot, Wonder Magazine will provide the ongoing challenges and activities to extend the play experience to hundreds of hours.

Children will love the magazine for the new activities that bring open-ended play experiences, and challenge them to explore creative problem solving with the robots. Parents will find topics to engage their children in conversations about the robots and coding. Wonder Magazine intends to keep the fun going forever in every home with Dash & Dot.

The first edition of Wonder Magazine will be released in English to customers on January 15, 2015, and customers can sign up for the magazine at makewonder.com/magazine. It will be delivered on a bi-weekly basis directly to the Wonder Workshop mobile applications and customer email inboxes. The magazine’s content will focus on creative news ideas for playing with Wonder Workshop’s robots, Dot and Dash. Sections of the magazine will include:

“Now that Dash & Dot are arriving into homes around the world, we’re excited to offer new and engaging ways for children to play and learn with them,” said Vikas Gupta, co-founder and CEO of Wonder Workshop. “Our team is excited to introduce Wonder Magazine to help kids and families explore more activities with the robots every week.”

Last year, Wonder Workshop delivered over 30,000 robots to 20 countries in one month in December 2014. At $4M in pre-orders, Wonder Workshop is the largest crowdfunded consumer robotics product ever. All pre-orders were delivered to customers in time for the holidays of 2014. Dash & Dot are now available for purchase and immediate delivery exclusively on makewonder.com and Amazon.com.

Wonder Workshop was founded in 2012 by veterans from Amazon, Apple and Google to create robots that can be friends of children around the world, and help every child learn to code at a young age. Dash & Dot were used by schools around the United States for “Hour of Code,” and were invited to the White House for the launch of the program in 2014. Dash & Dot can be found on makewonder.com and on Amazon.com. Dash & Dot are programmed using applications provided by Wonder Workshop on iPad 3 and up, iPad mini and iPad Air. Developers looking to build applications for Dash & Dot on both iOS and Android are welcome to visit Wonder Workshop at developer.makewonder.com for more details. 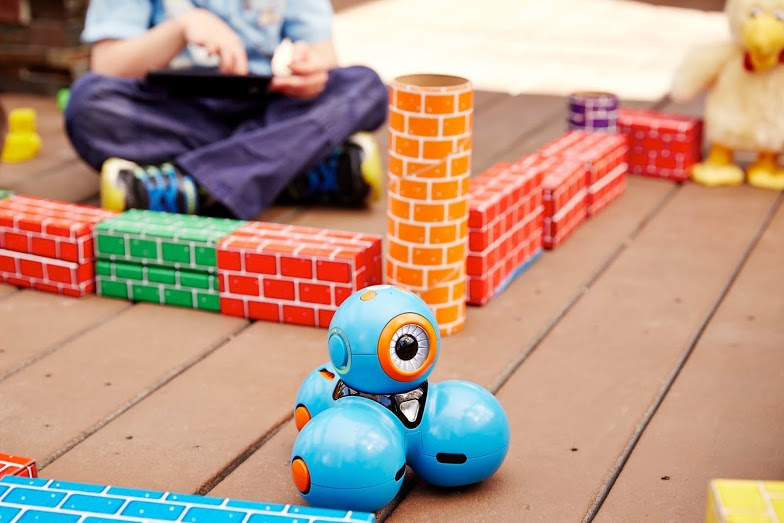 The Level Builder will appear with two options: CREATE and PLAY. Here is what Damien Kee wrote on [email protected]:

Great news if you have lost your installation CD or you are looking to
install NXT-G on more computers.

LEGO has just released the NXT-G 2.0 software for download for free.

A few caveats though. This is the retail version of the software so
you won’t have any of the nice graphical datalogging capabilities and
there is no ‚Robot Educator‘ so you don’t have access to all the great
tutorials. The temperature sensor blocks aren’t included but the
colour sensor blocks are. You can always download a temperature block
from Steve Hassenplug’s website
(http://www.teamhassenplug.org/NXT/NXTGAdditions.html)

But if all you are doing is standard programming, this will be fine.
I know of one teacher who is happy that they can now load a version of
the software onto their student laptops to take home (previous site
licences were a little murky on take home laptops).

The download is here as well as instructions on how to install it.
http://service.lego.com/en-us/HelpTopics/default.aspx?questionID=2655

Whilst I haven’t tried it myself, I have heard of others being successful.

Some of you already know about it, but now it is official. As a fan of Roberta on Facebook (http://www.facebook.com/Roberta.Roboter) you are now able to download an exclusive experiment, describing a dockingstation and a NXT robot, called „Jeffrey“ that is able to find this dockingstation to recharge its battery. Just log in to Facebook, become a fan and click on „For Fans only!“.

Btw, this is the experiment i showed in Zwolle, some of you might remember.

Feel free to blog about it, give feedback and have fun with it!

The guys at freedroidz developed an android app to remote control the Lego Mindstorms NXT. Here is a Youtube-Video showing the remote control in action: