San Diego, CA – On January 6th, Robolink, Inc. launched a Kickstarter campaign for the CoDrone, a drone that anyone can learn to program and fly. 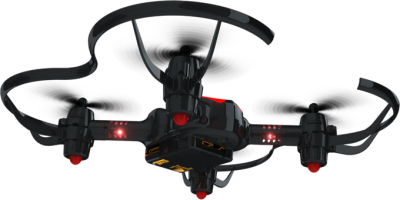 Drone-lovers of all ages can program the CoDrone to follow people, engage in laser-tag battles, go bowling (with the drone as the bowling ball!), fly in customized patterns, follow waypoints, navigate mazes and more. Robolink is creating a series of step-by-step video tutorials to teach beginners how to code all of these basic tasks. But with the six different sensors (Onboard Camera, Gyro, Accelerometer, etc) in the CoDrone combined with the ability to easily program its behavior, the possibilities are endless.

Robolink developed the CoDrone to further their mission of inspiring kids and adults to explore coding, engineering and robotics. Hansol Hong, Robolink’s CEO, says, “Programming can be tedious to learn. But when a few minutes of coding can put a drone in the sky, programming brings a smile to everyone’s face!”

The Codrone kit will retail for $179, but will go for $139 during the Kickstarter campaign and as little as $119 for the first backers. The kit includes everything needed to build and fly the drone. To program the Codrone, all that is required is a computer.