SYRACUSE, NY, SEPTEMBER 27, 2016- Basement startup OpenMYR is announcing a Kickstarter campaign starting October 3rd for a revolutionary new way to use motors by controlling them entirely over WiFi. Their innovative open-source wifi-controlled motors are designed to simplify the motorization of any hobbyist, maker, robotics and home automation project. Thanks to the work of three young friends, all you need to use a motor is power and your phone (or any other WiFi device). 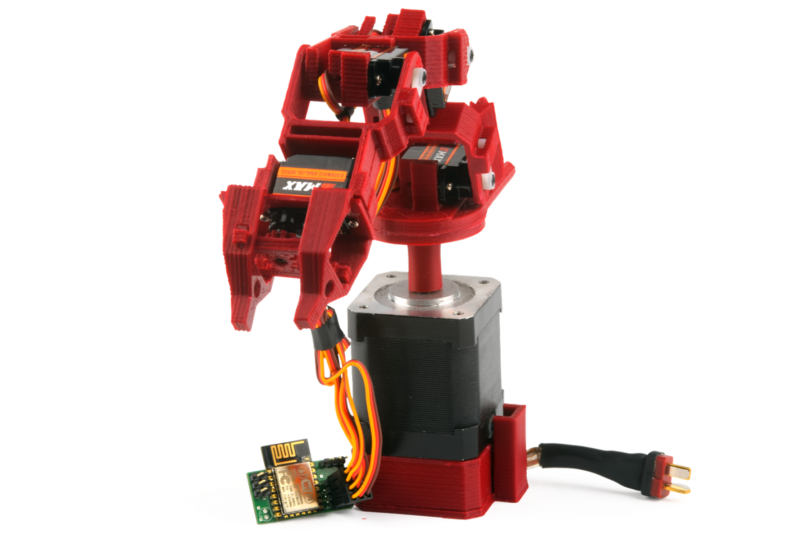 Previously, utilizing a motor in a project required extensive wiring and coding, often involving additional components such as an Arduino. This is a daunting task that usually ends with an ugly mess and hours of coding. OpenMYR’s goal was to make motorizing a project so simple that even a child could do it, while providing powerful tools for advanced users to easily create complex projects. 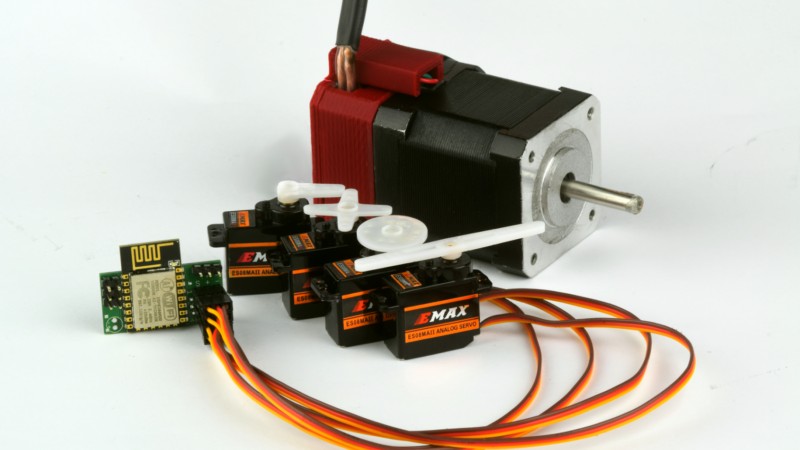 OpenMYR’s two products can be easily built into projects, eliminating the mess. Their $60 all-in-one WiFi Stepper Motor contains all the electronics in an elegant inline case, and can be attached to any project that supports a NEMA-17 motor. Their $35 WiFi Servo Controller is a small and sleek board to which the user can attach up to four hobby servos at once.

Programming is no longer a requirement of using motors, as OpenMYR’s motors can be effortlessly controlled with the official smartphone app or the motor’s self-hosted webpage. More advanced controls are available through computer utilities and programs. Coders will be delighted to know that they can control any number of motors directly with virtually any programing language.

Both the WiFi Stepper Motor and WiFi Servo Controller are powered by the powerful ESP8266 system, which has been gaining popularity over the last two years among hardware enthusiasts. OpenMYR’s hardware designs and software code are open source, so the community can benefit from the team’s work without having to buy in.

“At first, we only thought these motors would be useful where wiring was difficult,” said founder Kyle Berezin. “However, it soon became obvious that we had found a better way to use motors in any project.” Berezin had hit upon the idea while prototyping a design for a large 3D printer, and discovered that wifi-enabled motors didn’t exist as a consumer product. “Our motors empower people of all skill levels to bring their ideas to

life. No longer do you need to be an electrical engineer and a programmer to use motors.”

The campaign will fund the creation of the stepper motor and a servo motor controller, as well as the smartphone apps and computer applications for controlling the motors. As expected with Kickstarter, backers will be rewarded with assortments of motors depending on how much they donate, including reward tiers that act as combo packs to get both the stepper motor and servo controller in various quantities.

OpenMYR is a three-person tech startup based in Syracuse, NY. Operating out of a basement, founder Kyle Berezin and software architect Brandon Brown work on code and logistics, while satellite member Chris Adams works on the hardware designs. Driven by a love of cool open-source projects and tasty food, OpenMYR has spent 2016 revolutionizing motor control. OpenMYR’s website is http://openmyr.com and its Twitter is @OfficialOpenMYR.