A scientific legend brought back to life

Professor Einstein is a 14.5” personal robot with the ability to walk, hold a natural conversation, learn your name, maintain eye contact, answer questions, entertain and teach science. He’s cloud and Wifi connected, allowing for dynamic interaction with a tablet and the corresponding Stein-O-Matic app to learn and play games. 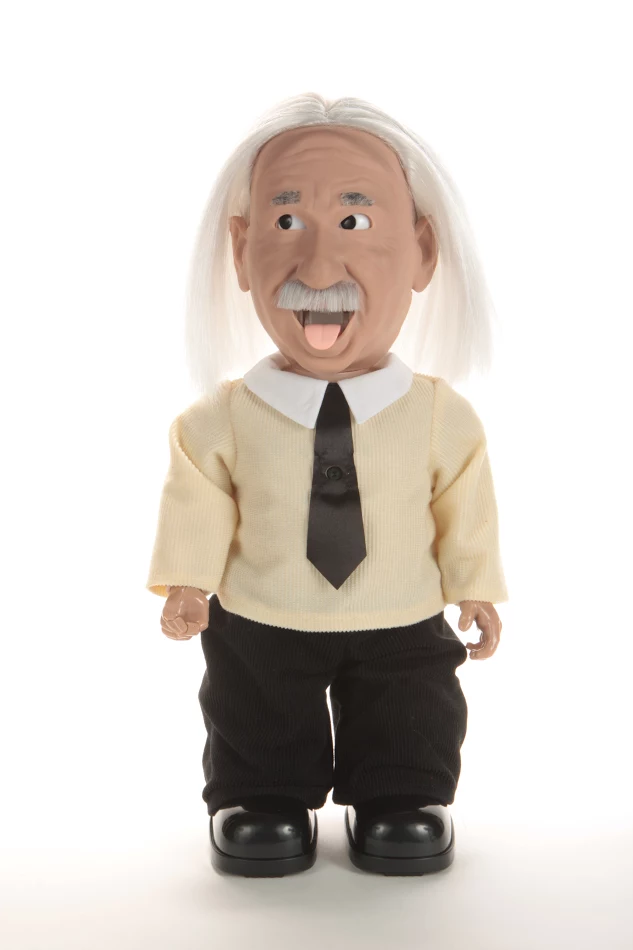 The idea for Professor Einstein was born out of toy inventor Andy Rifkin’s lifelong fascination with all things Einstein, and the values he stood for. Hanson Robotics founder and CEO Dr. David Hanson approached Andy about teaming up to create a robot, which led to the formation of a unique shared vision. Rifkin was invited to join as Hanson Robotics’ Chief Technology Officer and the robot was developed under the Hanson Robotics umbrella.

“Professor Einstein has an adaptive learning ability, which means that if you don’t understand something, he will modify the way he presents the information,” said Rifkin. “He has infinite patience. He will keep trying different ways of explaining things until it “clicks” for you. Plus, because he teaches through jokes, metaphors, and games, he makes learning genuinely fun.”

“It was crucial for us that Professor Einstein would embody a sense of playfulness and wonder,” said Hanson. “He had to inspire imagination, be a great conversationalist, and make the gestures and facial expressions that the real Albert Einstein was known for.”