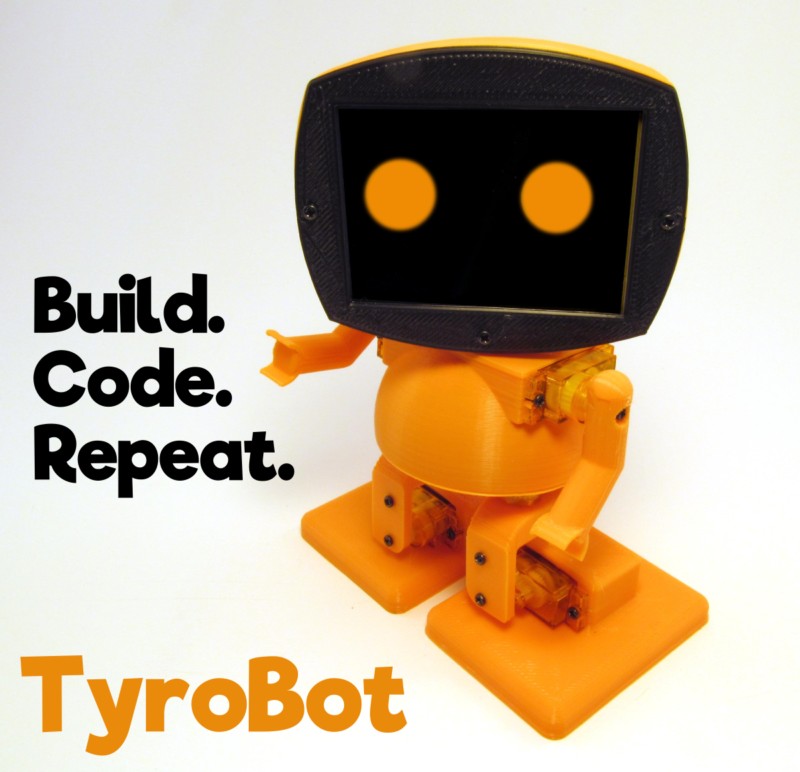 Buffalo, MN: Tyro Electronics, an educational robotics an electronics company founded by Tyler Spadgenske, just launched TyroBot on Kickstarter. TyroBot is a 3D printable do it yourself humanoid robot kit aimed at getting people of all ages and experience levels started in robotics and programming.

TyroBot can be assembled in an afternoon with only a screwdriver and a computer. TyroBot is available in two different models: 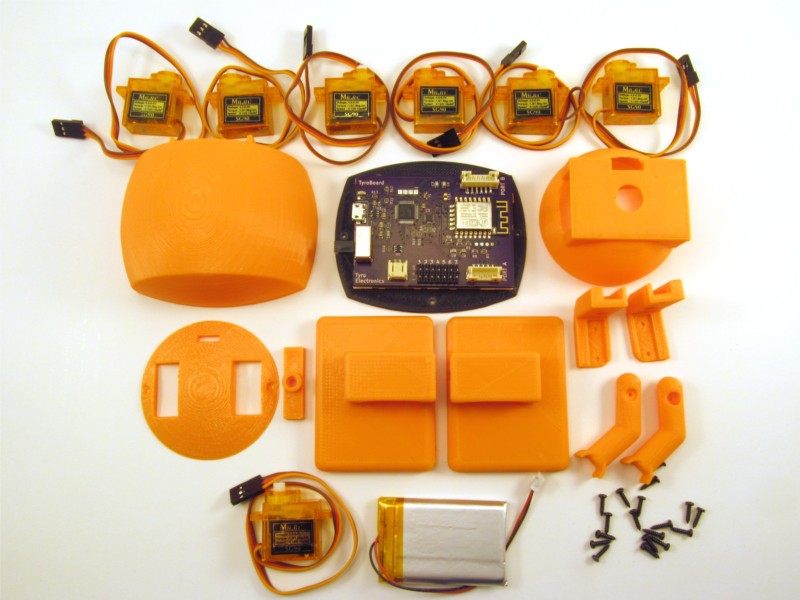 TyroBot’s brain is Tyro Board, a custom electronics controller board with a 32 bit ATSAMD21 microcontroller, WiFi, accelerometer for detecting orientation, rechargeable lithium ion battery and two expansion ports for further customization. Tyro Board supports 7 servos, 4 for walking, 2 for arms, and a head servo. On the reverse side of Tyro Board is a 2.8in TFT touchscreen display for programming and playing with TyroBot without the use of a computer.

Once TyroBot is built, flip the switch and TyroBot is operational. Using the built in software, you can make TyroBot walk forward, backward, left and right without ever having to plug him into a computer.

When you are ready for something more advanced, connect TyroBot to a computer and follow easy programming tutorials to make him do more advanced maneuvers by programming him in Arduino with our open source libraries.

With TyroBot’s built in WiFi, the user can also make TyroBot send tweets to Twitter, email, or do anything supported on the IFTT network. 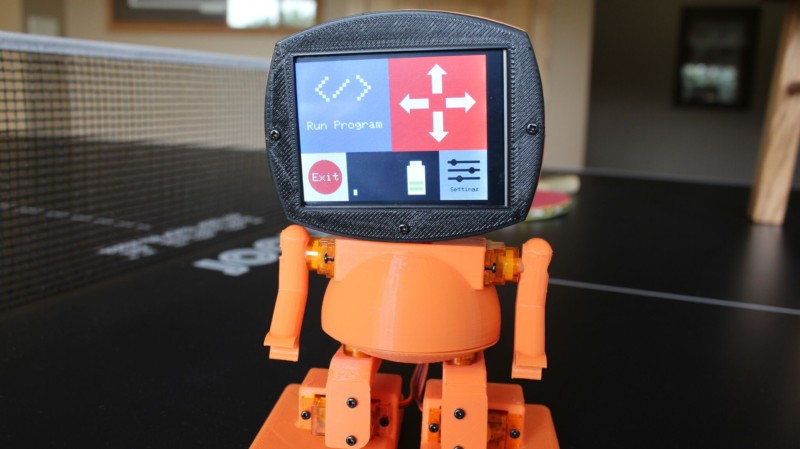 Tyro Electronics is an educational robotics company founded in 2016 by 17-year-old Tyler Spadgenske.

Tyro Electronics started out by selling parts to make retro game emulators but has moved into selling DIY Kits with the release of TyroBot. Tyler Spadgenke is a student who has built countless electronics and robotics projects, including a Smartphone, Home Monitoring System, and a Smart Drawer.