Cincinnati, OH (April 14, 2018) – mimicEducationalRobots (a division of Robomotive Laboratories LLC) is changing the way coding is taught with mimicArm. The Cincinnati-based small family business launched a new Kickstarter campaign (https://www.kickstarter.com/projects/713401305/662798422?ref=455790&token=e4d4249c) on April 24th to help advance the development and production of the new technology. 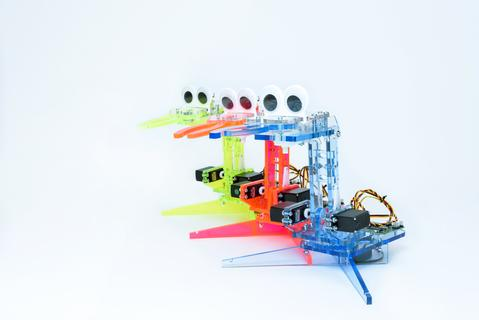 mimicArm is a desktop sized robot arm that represents a new approach to teaching programming. mimicArm is a collaborative robot, or “cobot”, designed to interact with human users.  Unlike other educational robots mimicArm teaches children to program robots to work in tandem with humans. Using the mimicArm controller children as young as 5 are immediately able to interact with mimicArm.  When they’re ready, users can begin coding using mimicBlock, a graphical coding interface.  mimicArm is also programmable using actual C code and includes simple pre-written functions to allow the quick creation of complicated programs. The provided programming experiments start simple, but build to complex interactive artificial intelligence programs. Paired with the inputBox and other sensors the user can create a truly interactive artificial intelligence robot arm. 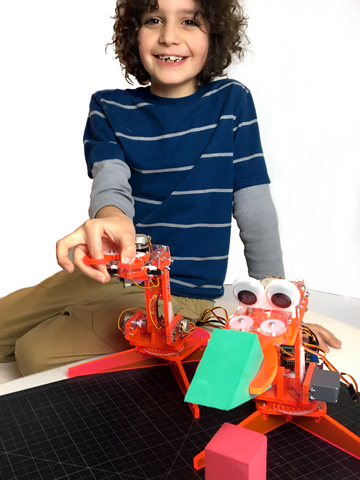 Brett Pipitone, the Founder of mimicEducationalRobots is no stranger to Kickstarter.  “After a successfully-funded Doorbell Phone campaign on Kickstarter, I began to indulge in my love of robotics and introduced the Cortex:Robot Arm controller,” said Pipitone. “We continued to develop the technology by adding joints, cameras and motion and soon realized that we had developed something truly unique: The mimic immersion robot was born.  While mimic’s Kickstarter campaign didn’t reach it’s goal, the technology developed allowed us to build mimicArm, which we think could really make a difference in the world.” 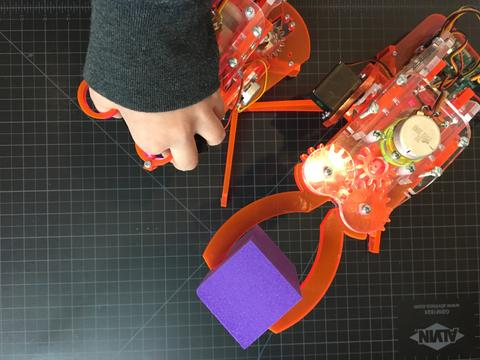 The key to bringing mimicArm to life is the mimic arm controller with patent-pending Posi-Feeltm grip controllers. The user grips a simple scissor control and moves his or her arm and hand in natural ways.  mimicArm will “mimic” these motions. A series of joints, pivots and sensors are built into the mimicArm Controller to make this possible.  When the user is ready, easy to use programming software and robust examples walk them through the process of learning to program their own robot.

This assemblage of new technologies allows the user to see immediate frustration-free results without the risk of outgrowing the robot in a short time.  The infinite expandability and endless programming possibilities will keep even expert programmers captivated. 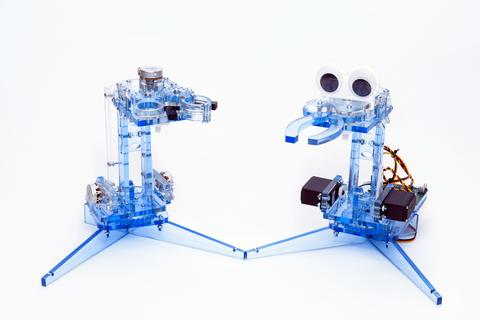 mimicEducationalRobots realized early that a single package would not fit all users needs, so backers have a choice of three packages, each with a unique user in mind.

MimicArm is a great educational tool, and users can be a part of it now by backing mimic on Kickstarter. According to Pipitone, „We’re teaching those who will deliver the personal robot of the future. We’re still working on flying cars and jet packs.“