Chip, a Pixel Pals educational electronics kit, is the first in a line of beginner friendly products that goes beyond learning soldering skills. He can be incorporated into Arduino based projects as well as using the Pixel Power board in e-textiles. The kits are designed to be multifunctional, yet affordable.

The first character, Chip featured in this Kickstarter campaign, focusses on LEDs and basic circuitry. Once soldered, it can standalone with the Pixel Power board and serve as a fun toy or light. Chip can also plug into an Arduino Uno Rev 3 or into a breadboard where Chip can be incorporated into more advanced electronic projects or programming lessons.
Soldering Sunday created the Pixel Pals soldering kits to fill the gap between introductory and advanced projects. Each Pixel Pal will focus on a particular electronics component which will require soldering; but are Arduino compatible so that they can be programmed for other projects are used.
The kits are also designed to be affordable for organizations and parents who want to encourage STEAM education but are hindered by the large price tag of many existing educational products. The Kickstarter campaign, if successful, will help keep the production costs down.
Kickstarter is an all or nothing proposition. Soldering Sunday hopes to reach its goal of $2,500 to cover mass production cost of the Chip, Pixel Pal Soldering kit. The project runs from
November 3 to December 3, 2014.
To keep up to date with the project, follow Soldering Sunday on Twitter (@SolderingSunday), Facebook (www.facebook.com/SolderingSunday) or on their website (www.solderingsunday.com)
Also consider visiting the project on Kickstarter (www.kickstarter.com/projects/solderingsunday/chip-an-electronics-kit-with-character) donating $1 on Kickstarter to receive updates. 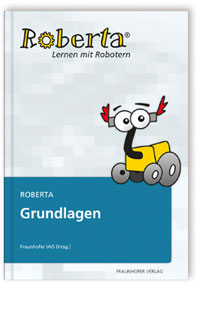 As we have already reported is the „Fraunhofer Autonomous Intelligent Robotics Devices“ Library now open source and available at the sourceforge project „OpenVolksBot„. In addition we can know report some more details on it.

So now we all can reuse and cooperated in a create library, instead of reinventing the „wheel“ again and again. 😉