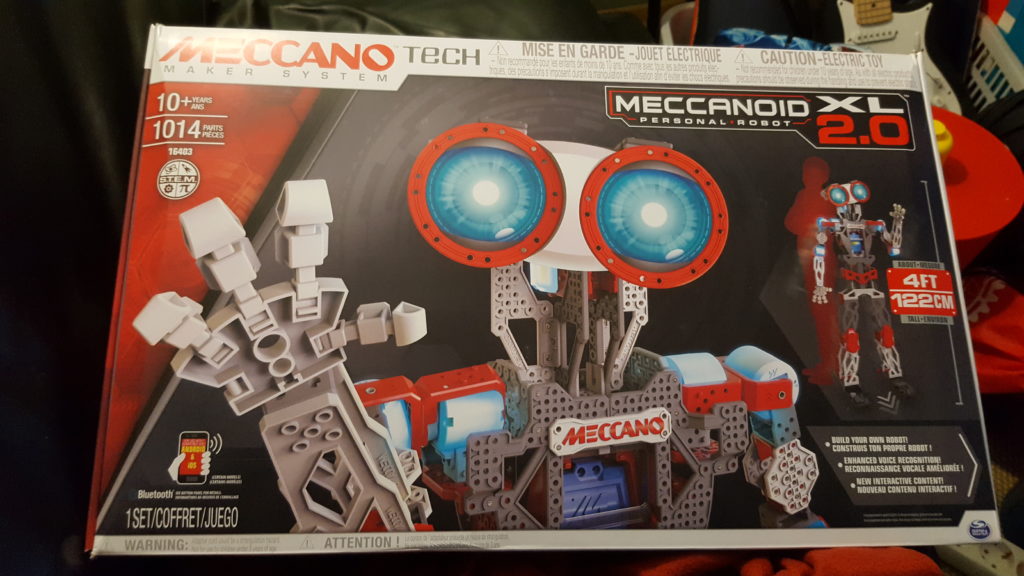 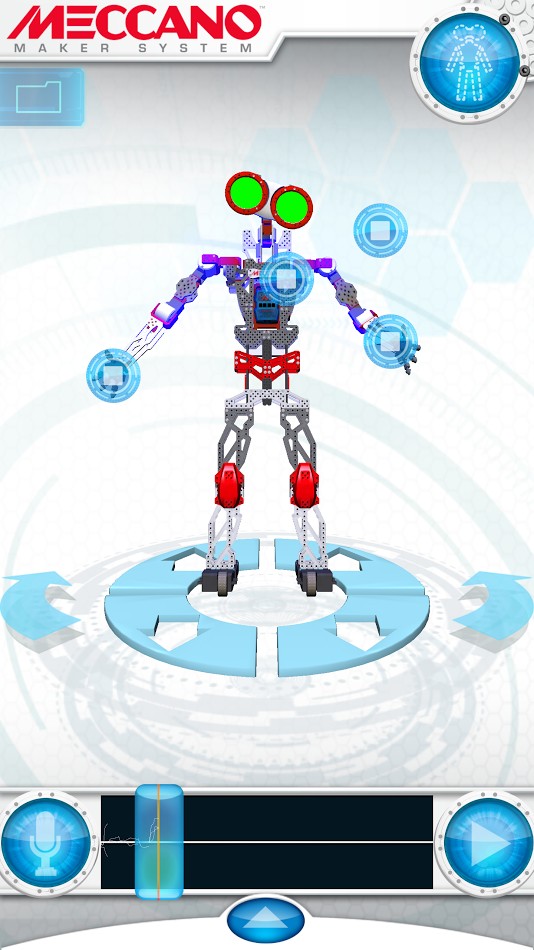 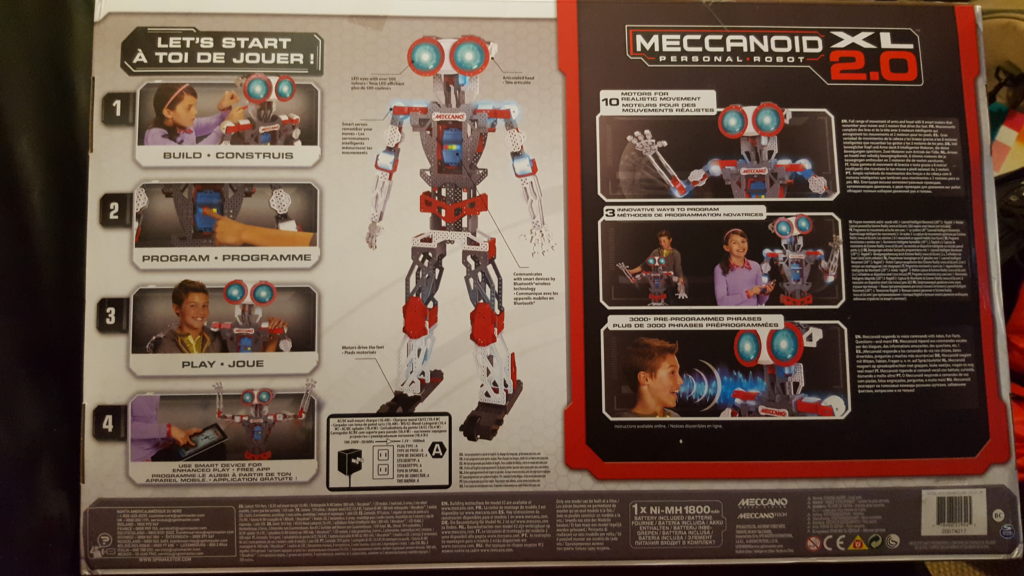 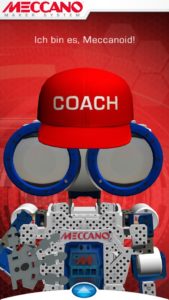 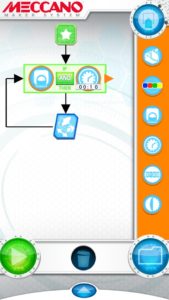 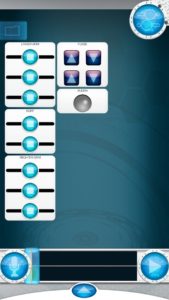 I want to share all the information about the Meccanoid XL 2.0 you can find on the packaging. If you are interested in this robot, here you can find everything that is visible from the outside. An unboxing and Building Video plus a written review needs some more editing before you will see it here @ robots-blog.com. The official specifications will follow in a next Post. 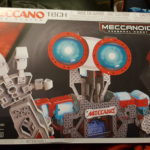 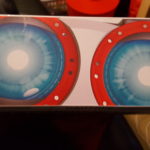 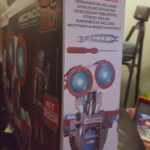 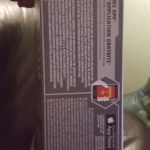 LOS ANGELES (September 24, 2015) – XPRIZE, the global leader in incentivized prize competitions, and Google today announced Linked Lunas, 9-year-old twin girls from Fort Lauderdale, Florida, is a grand prize winner in the 2015 MOONBOTS Challenge, also considered the “Google Lunar XPRIZE for Kids.” MOONBOTS is an international competition that encourages the next generation of space explorers and innovators by inviting kids ages 8-17 to design, create and program their own lunar rover, based on a legend or theory that inspires them about the moon.

Linked Lunas is comprised of twin sisters Hadley and Delaney Robertson and their team captain and mom, Shannon Robertson. The team bested 235 teams from 29 countries that entered competition in April. Next month, they will embark upon a once-in-a-lifetime trip to Japan to meet the official teams competing for a $30M Google Lunar XPRIZE, a global competition to land a privately funded robot on the moon.

Their entry was based on a historical tale and scientific theory that hits close to home for them – that the earth once had “twin” moons that collided and merged into one. The sisters used this tale as inspiration to build and program a one-of-a-kind simulated lunar mission using the MECCANO Meccanoid G15 KS robotic platform and demonstrated its capabilities during a live webcast with the judges.

“Team Linked Lunas showed ingenuity and innovation in their robotic building and programming, and were creative and imaginative in the way they interpreted their moon ‘tale,’” said Chanda Gonzales, senior director, Google Lunar XPRIZE. “Hadley and Delaney were incredibly engaging, and their mission will provide inspiration for kids all over the world.”

In addition to developing their lunar rover, the sisters contributed to science, technology, engineering and mathematics (STEM) education by sharing their innovation with children at the School is Cool initiative – a partnership between the Community Foundation of Broward and the Fort Lauderdale Museum of Discovery & Science to provide underserved and at risk 6th and 7th grade Broward county students with a comprehensive after school program.

The kids’ competition attracted 235 teams from 29 countries, who entered phase one by submitting a written or video entry about what inspires them about the moon. Teams are comprised of 2-4 members (ages 8-17) and one team captain at least 18 years old. A panel of judges selected 30 teams to qualify for phase two, each of which was provided one of three platform systems (LEGO MINDSTORMS EV3, VEX IQ, MECCANO Meccanoid G15 KS) to build and program a unique simulated robotic mission based on the moon tale they submitted in phase one. In addition, they were asked to contribute to STEM education by sharing their innovation with children and adults in their community.

Along with Team Linked Lunas, other grand prize winners are: Mecaliks of Cuautitlan Izcalli, Mexico; Team GalacTECHs of Tustin, Calif.; and Moonshot of Brooklyn, N.Y. and Naples, Italy.

Since 2010, MOONBOTS has challenged thousands of young people from around the world. In addition to XPRIZE and Google, competition partners include FIRST® LEGO® League, Cogmation Robotics, VEX Robotics Inc., Spin-Master Ltd., the Robotics Education and Competition Foundation (RECF), GeekDad, GeekMom, Robomatter Incorporated and Dexter Industries. More information, including the full list of finalists, can be found at moonbots.org.

About the Google Lunar XPRIZE

The $30M Google Lunar XPRIZE is an unprecedented competition to challenge and inspire engineers and entrepreneurs from around the world to develop low-cost methods of robotic space exploration. To win the Google Lunar XPRIZE, a privately funded team must successfully place a robot on the moon’s surface that explores at least 500 meters and transmits high-definition video and images back to Earth. For more information, visit lunar.xprize.org/.