Truckee, CA, May 22, 2015 – 10 Imaging Inc. launched their debut product on Kickstarter, RoboSnap.  RoboSnap provides “Vision for Your Robot”, by detecting objects in the environment by their color, location, shape and size.  The creator of RoboSnap, Shari Vedovato says, “We created RoboSnap to add a new dimension to your robot to allow it to have more understanding of the environment and be more autonomous.” 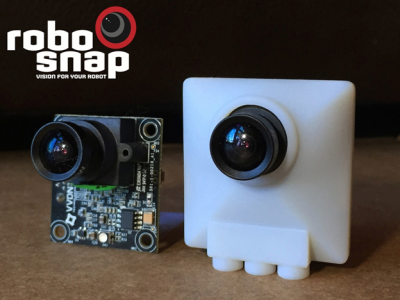 RoboSnap currently works on the LEGO® Mindstorms EV3 as well as the Raspberry Pi with the BrickPi add-on board.

Not only can RoboSnap add vision to your robot, it can be programmed with Snap!, a Scratch extension or with the Python and C programming languages.  Shari says, “We provide many choices to program RoboSnap in order to support our youngest customers to our most experienced.  We received a lot of positive feedback about the ability to program the EV3 with Snap! at our demonstrations at the San Mateo Maker Faire.  Many kids are learning Scratch at school and it is comfortable for them to continue to program with this language as they move into robotics.”  Kickstarter backers can select to receive the “JUST THE SOFTWARE”  reward if they are interested in programming their robots with Snap! on the EV3. 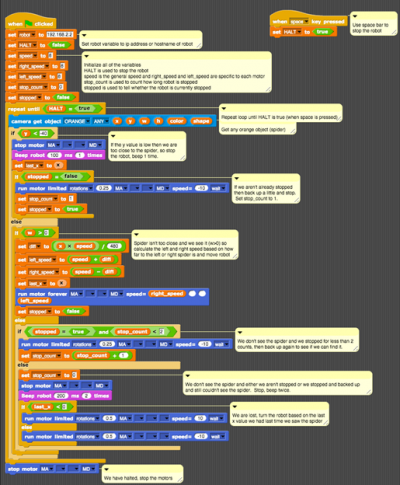 Riley Breuner, a high school student who recently competed in the FIRST Robotics League competition said, “It’s great that there’s a new sensor that can detect colors accurately and reliably. It’s almost impossible to use the existing Lego sensors because you can run the same program and get different results or it just detects the wrong color. RoboSnap is a much better option.“  Shari agreed, “When watching the recent FIRST LEGO League missions I noticed that it was difficult for the robots to perform the ‘Search Engine’ mission in one pass.  It was necessary to use the ‘eyes’ of the players to determine the color.   We have shown that RoboSnap can do this mission in a single pass.  Although RoboSnap is not currently sanctioned to be part of the FIRST LEGO League competition, we are working on having it accepted.”

RoboSnap will be available exclusively on Kickstarter from May 13 to June 12, 2015 with the first shipments of RoboSnap cameras in October 2015.