SAN DIEGO, CA (June 20, 2017) – Sony Electronics in conjunction with Sony Global Education announced today the launch of a limited Indiegogo crowdfunding campaign for KOOV, a new coding and robotics kit for the next generation of young innovators. 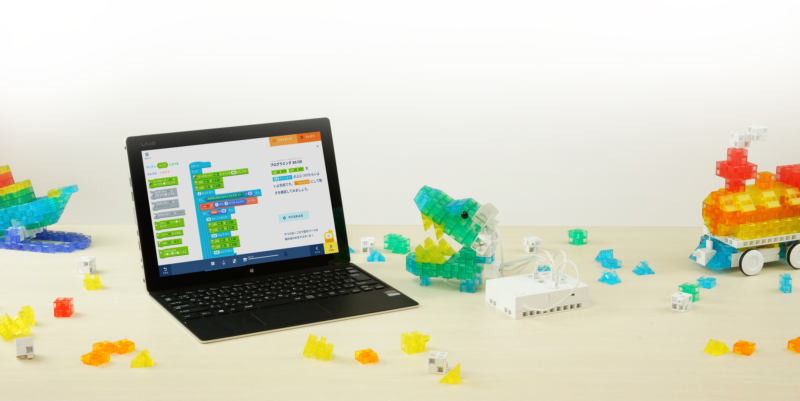 The Sony Global Education team developed KOOV as a fresh approach to learning robotics and programming. KOOV is already available in Japan and China, and Sony is now looking to expand the program to the US in order to gain feedback and insight into the American market.

KOOV is a robotics and coding educational kit made up of blocks, sensors, motors, actuators, and a companion app that teaches children core concepts about design, coding and robotics. The app also features a secure social space, where children can share their designs and code with other young inventors from around the world.

The blocks can be assembled into any shape, with the final figure capable of being controlled as a robot. The kit encourages learners to “Play” by building with 7 kinds of translucent blocks, “Code” by controlling the assembled figure through the KOOV app, and “Create” by embracing their creativity and imagination.

Sony Global Education believes that the teaching materials for robotics and programming will play a major role in cultivating STEM literacy and nurturing the next generation of problem solvers.

KOOV was built on the belief that STEM learning tools should be accessible to all children. Through the use of inclusive colors, shareable design and the goal of building a foundation for future STEM learning, Sony hopes to attract parents of children 8 to 14 years old, with equal emphasis on boys and girls.

Pre-orders are available for a limited time beginning June 20th via an Indiegogo, with product scheduled to ship to backers in early December. The suggested retail price is $359 for the Starter Kit and $499 for the Advanced Kit with limited quantities available at discounts of up to 40% for early backers. Interested consumers can learn more about KOOV, and place preorders at https://igg.me/at/KOOV.