Zum Inhalt wechseln
Zum sekundären Inhalt wechseln
July 29, 2016 – Onion announces the Omega2, the IoT development board aimed at bringing innovation back into the IoT space. The Omega2 launched on Kickstarter last week and is currently more than 1,100% funded, with 25 days left to go in the campaign. Campaign Link: https://www.kickstarter.com/projects/onion/omega2-5-iot-computer-with-wi-fi-powered-by-linux 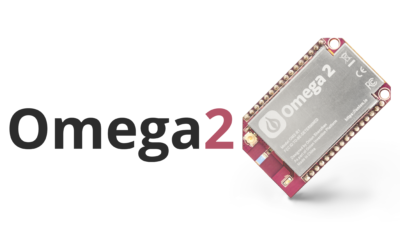 IoT never really gained mainstream status. Most „smart“ products on the market are nothing more than ordinary products with a screen slapped on it. These products don’t bring true value, so as soon as the novelty factor wears off, consumers move on to try the next „smart“ thing. Innovation in IoT is driven not by the needs of the market, but by the need of product companies to create new products and turn a profit. To bring innovation to IoT, the products need to be repositioned to address real pain points in everyday life. Onion aims to do that with the Omega2 by making hardware development accessible so everyone can start solving problems in their lives with IoT technology.

„We created the Omega2 to be the most accessible hardware development board,“ says co-founder and CEO Boken Lin. „We do this in two ways, by making it extremely affordable, and by making it very beginner-friendly. There is always a risk involved with trying new things, and by reducing the price to starting at just $5, we hope to minimize that risk so more people can make the plunge. Making it beginner-friendly means that even users with no electronics experience can do something with the Omega2 on day one.“

With a myriad of hardware development boards already on the market, the Omega2 is uniquely positioned as having the advantages of single-board computers such as the Raspberry Pi as well as microcontrollers such as the Arduino. It is much smaller than the Raspberry Pi (less than ¼ the size), and it is much more power-efficient, yet at the same time, it is much more powerful and robust than the Arduino, allowing it to be used in applications such as video/audio streaming, etc.

Because the Omega2 runs Linux, and for inexperienced developers, developing on it will feel much like using a regular computer. An added advantage to supporting Linux is that the Omega2 supports many programming languages. This capability makes the Omega2 approachable for existing programmers who are new to hardware development, allowing them to build hardware projects with familiar languages and programming environments. Finally, for users with absolutely no experience in programming, the Omega2 integrates Node Red, a programming environment developed by IBM that allows users to program IoT devices by simply dragging and dropping block diagrams.

„Everything around us is becoming smart.“ says Lin. „It started out with the smartphone movement in 2006, and now everything from thermostats to televisions, from cars to light bulbs are becoming smart. We want to create the tools that give everyone the power to reinvent their environment. And that’s why we have worked so hard to make the Omega2 so simple and affordable for everyone.“

Onion is a startup that aims to create “The Invention Platform for the Internet of Things”, a collection of hardware and software development tools that simplifies the process of creating and manufacturing connected products. The company is based in Boston, Massachusetts, with operations in Toronto, Canada, and Shenzhen, China. Onion completed a very successful Kickstarter campaign last year to launch the first generation Omega. Onion is backed by Techstars, and went through their 2014 Winter program in Boston. 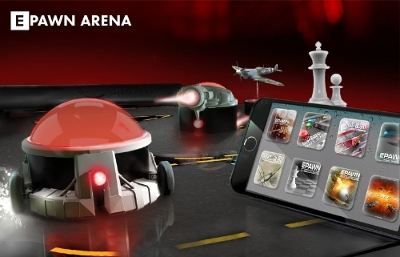 „ePawn Arena’s unique capabilities take the gaming experience to a whole new level of fun and creativity,“ said Christophe Duteil, co-founder and CEO of ePawn. „Additionally, we have created an open platform such that anyone can create new content in various domains, such as gaming, robotics, new user interfaces, and so on.“

Teemino is an Android ADK compatible board based on Arduino Mega/2560 with USB host. This board is based on Google’s reference design of Android USB accessory.

The board has all the features of an Arduino Mega2560 and also the USB host extensions as defined by Google’s Android ADK design.

The board supports the ADK firmware.