After raising $4.5m, led by Imperial Innovations in May 2016, SAM Labs announces the release of a new kit, Curious: an immersive out-of-the-box inventing experience, allowing users to build and program their own cars and games.

Empowering youngsters worldwide to get hands on with smart tech, SAM Labs makes smart construction kits of clever little blocks and a fun app that gives everyone the power of technology to build awesome inventions. With the Curious building blocks and the SAM Space app, you’ll be stretching your imagination to create projects, games, inventions and hacks in no time.

Equipped with five paper-fold car bodies, a car base, and remote control, kids can build and program their own vehicles with SAM, whilst gaining 21st century skills. A step-by-step tutorial booklet, and the informative SAM app, both filled with detailed instructions, will guide you through an array of other smart projects and hacks. The kit even encases an additional booklet with even more offers a diverse range of wireless blocks, that when paired with the app, SAM Space, provides for a fun, experiential, and open-ended learning session.

The kit also comes with its own unique new app: SAM’s Curious Cars. Available across iOS and Google Play, the app, made with Unity, encompasses the ‘connect the dots’ feel of SAM Space, with an added gaming element. Explore challenges and tasks to connect SAM blocks together by playing in both the game and in real life.

The kit will launch for $199 (£149), debuting both in stores, at John Lewis in the United Kingdom and Barnes and Nobles in the United States throughout the month of October, and online on Amazon and on the company’s own site, samlabs.com on the 1st October. CURIOUS buyers will also receive a complimentary 20% off code for their next purchases at samlabs.com.

“Curious is the future of SAM, where creativity can be unleashed through an epic immersive experience. When you think about inventing, you think Curious.” – Joachim Horn, Founder and CEO 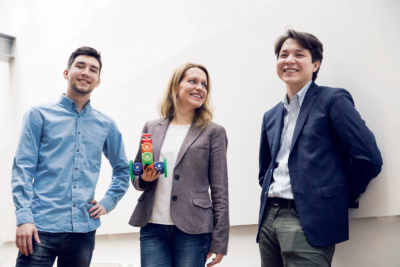 Vienna, Austria, Sept. 20, 2016 — The Vienna-based hardware startup Robo Wunderkind, which develops modular programmable robots for young children, announced today a $500,000 funding round with participation from Arkley VC as lead investor, business angel Juergen Habichler, and the Austrian Federal Promotional Bank (AWS). The funding will go into the widening of their retail reach and the expansion into new markets. The plan is to build a worldwide distribution system and to give young customers from everywhere a chance to learn coding and robotics in a fun and simple way.

The startup already raised $250,000 from backers from 58 countries on Kickstarter in October 2015 and by now collaborated with more than 50 schools around the globe to bring Robo Wunderkind to the classroom. Its vision is to revolutionize the way children interact with technologies through developing educational hardware and software products.

“I expect Robo Wunderkind to transform how our kids interact with technology. Even very young children will be able to learn the basic principles of programming, which are vital for their future careers and for understanding the world around them.”

“Robo Wunderkind is the future of education. I have been looking for a long time to find a visionary team, which combines robotics with education. I strongly believe that Robo Wunderkind has the potential to become the education platform for kids, students as well as adults.“

Today, the startup is also announcing its new application to remote control electronic devices: the Robo Play App. Its simple programming interface will allow users to easily create personalized virtual dashboards to control the robots they will build with Robo Wunderkind modules, remotely via Bluetooth or Wifi. In the next step, the team is going to make the Robo Play App compatible with other Internet of Things (IoT) devices, such as cameras, lights, motion and light sensors.

“In the beginning, we wanted to create an interface that will allow even a 5-year old to control our robotics kit. Eventually, we created a platform that will allow us to expand our target audience and reach older users. With our app, everyone will be able to control their IoT devices with the help of a very intuitive and customizable app. The way our robots prepare young kids for the digital world of the 21st century, our app will open the world of IoT devices to everyone.” 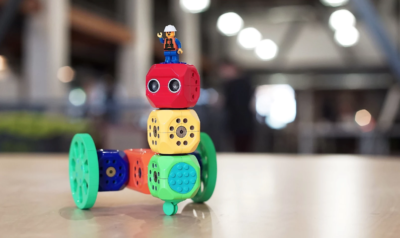 “With the help of our user-friendly and intuitive design, we are making interaction with IoT devices seamless and accessible for the wider audience.”

Robo Play App is free and will work on both Android and iOS devices. It will be compatible with all Robo Wunderkind kits, which are already available for pre-orders on their website with shipping planned for later this year.

Robo Wunderkind was founded by Rustem Akishbekov, who brought Anna Iarotska and Yuri Levin on board in 2013. The company is based in Vienna, Austria, and maintains an office in Shenzhen, China. In the last three years, the founders have gathered a team of passionate engineers and designers dedicated to the vision of making coding and robotics accessible to everyone. Their first product is an educational robot that syncs with intuitive mobile applications to help children understand the basics of programming. Robo Wunderkind was part of the world’s first and largest hardware accelerator HAX in 2014 and Finalist of TechCrunch Disrupt SF Startup Battlefield in 2015.

NEW YORK and WASHINGTON, Sept. 25, 2015 /PRNewswire/ — Today the LEGO Group announced the LEGO® MINDSTORMS® EV3 Programmer App, a new application that allows builders to create programs for MINDSTORMS robots directly from iOS and Android tablet devices. Featuring a streamlined selection of the most-used commands, the EV3 Programmer App allows for more interaction away from the desktop or laptop computer, giving users even more freedom to explore and tinker with the MINDSTORMS platform.  The EV3 Programmer App will be available in free versions for iOS and Android tablets in English, German, French, Dutch, Spanish, Danish, Japanese, Chinese (Mandarin), Korean and Russian in late November 2015. The app is not a standalone experience, but designed for LEGO MINDSTORMS EV3, the LEGO construction set that allows you to build and program robots that do what you want them to do (U.S. SRP $349).

The EV3 Programmer App consists of the 11 most popular programming blocks in the LEGO MINDSTORMS software, including action blocks, flow blocks and comment blocks. After writing and saving a program within the app, a user can progress to more advanced programming by opening it in the LEGO MINDSTORMS desktop software.  To provide additional inspiration for beginner robot makers, the app will feature building missions, videos and building instructions for five starter robots that represent a variety of building and programming experiences all while delivering the fun factor for which LEGO building is known.

„By extending MINDSTORMS robotic programming to tablets, we are embracing the ‚anywhere, anytime‘ of mobile devices to unleash even more creativity in building and programming with MINDSTORMS,“ said Filippa Malmegard, LEGO MINDSTORMS community manager. „When we untether the experience from the desktop, programming really becomes a playful extension of building, allowing users to add a new behavior or interactivity to their LEGO creations. This extra level of mobility will make the EV3 Programmer App an accessible and convenient programming starter experience for a new generation of users, while at the same time adding play value for our existing MINDSTORMS Community.“

From Play to Prototype: LEGO MINDSTORMS at World Maker Faire and Smithsonian Innovation Festival
To further inspire the next generation of innovators, the LEGO Group is showcasing the creativity and innovation of the MINDSTORMS Community at two high profile events this weekend, World Maker Faire, September 26-27, in New York, NY, and the Smithsonian Innovation Festival, September 26 – 27, in Washington, DC. At each event, MINDSTORMS makers will demonstrate inventions they’ve built using MINDSTORMS building sets as prototyping tools in addition to showcasing a variety of fun LEGO robots.

A number of recipients of LEGO Prototyping Kits from this summer’s Play to Prototyping Challenge, launched during the National Week of Making in June, will participate in World Maker Faire. LEGO MINDSTORMS Community Manager Filippa Malmegard will also moderate a panel on the topic „From Play to Prototype“ where featured builders will discuss how LEGO bricks and elements can serve as a creative prototyping platform for new concepts and inventions ranging from prosthetics to 3D printers. (Saturday, September 26, 3:45PM – 4:15 PM)

At the Smithsonian Innovation Festival in Washington, DC, Shubham Banerjee, the 14-year-old founder of Braigo Labs will demonstrate his braille printer built entirely from LEGO MINDSTORMS and share his process of invention with attendees.  Alongside Shubham, Cameron Kruse, Fulbright alumni and LEGO MINDSTORMS builder will demonstrate a prototype for his baseball mudder, a machine that can apply the same amount of mud to each new baseball, eliminating inconsistencies in the ways mud was applied to new baseballs before they were used in a game. Both Shubham and Cameron will participate in 15 minute Q&A interviews as part of the event as well.

The EV3 Programmer App for tablets will be available through the App Store and Google Play in late November 2015. For more information on LEGO MINDSTORMS and examples of robots built using LEGO MINDSTORMS EV3, please visit www.LEGO.com/MINDSTORMS. 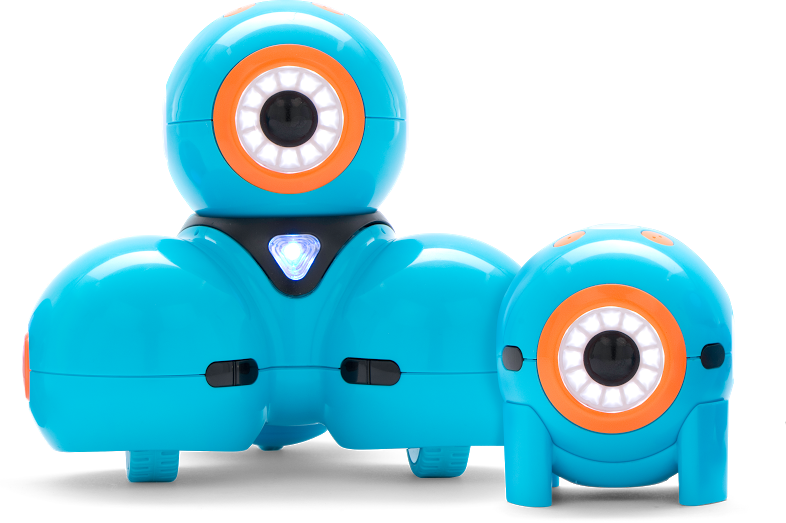 Wonder Workshop makes learning to code meaningful and fun for children. Dash & Dot, a pair of robots, combine play and learning for children ages 5 and up. For more information, visit our website at http://makewonder.com. 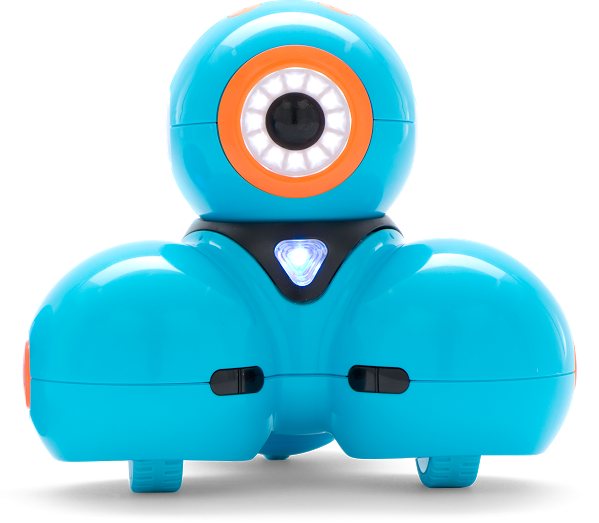 Dash is an explorer.
• Drives around.
• Senses objects in front and behind.
• Hears and responds to sounds.
• Comes to life with sound, lights, and head motion. 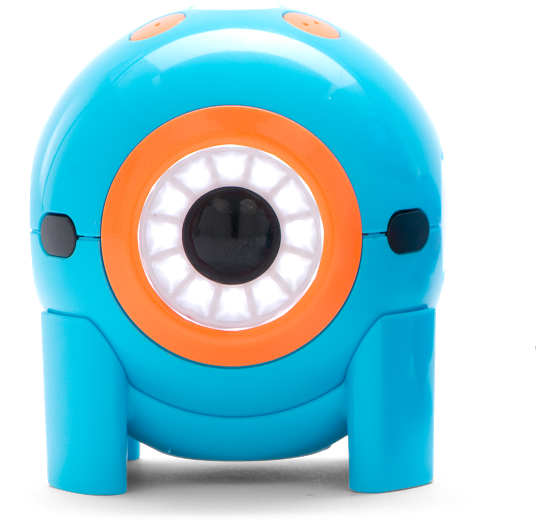 Dot is an instigator.
• Responds to how it is moved.
• Sends a signal for Dash to see where it is.
• Hears and responds to sounds.
• Transforms with sounds, lights, and imagination.

Accessories for Dash & Dot help give them additional looks and abilities. They include a xylophone, a pusher bar, a smartphone mount (to take videos with any smartphone), bunny ears, and a tow hook. 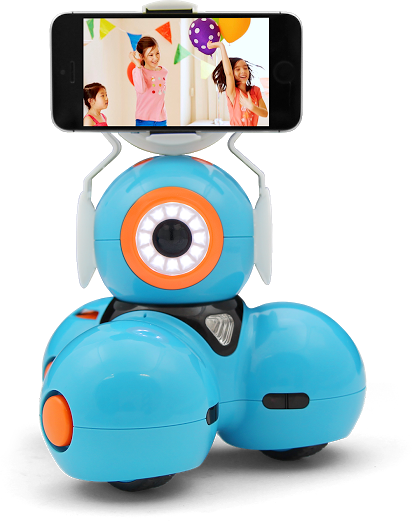 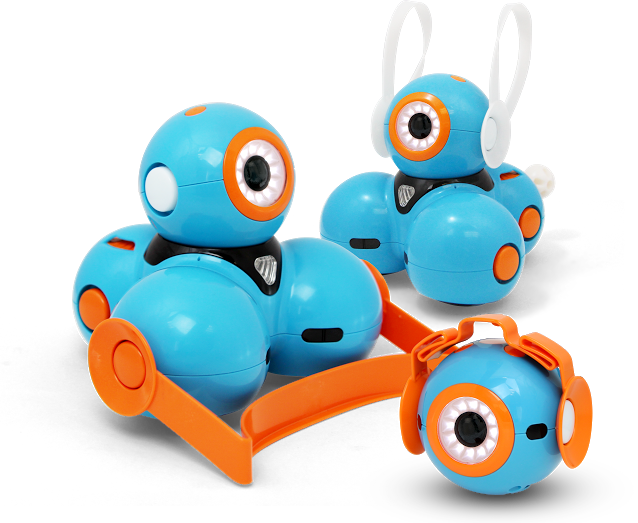 Dash is $199. The Wonder Pack, including all robots and accessories, is $349. They are available for purchase at the Wonder Workshop website here: http://makewonder.com.

Teemino is an Android ADK compatible board based on Arduino Mega/2560 with USB host. This board is based on Google’s reference design of Android USB accessory.

The board has all the features of an Arduino Mega2560 and also the USB host extensions as defined by Google’s Android ADK design.

The board supports the ADK firmware.

The guys at freedroidz developed an android app to remote control the Lego Mindstorms NXT. Here is a Youtube-Video showing the remote control in action: