In this video you can see, only slightly accelerated, how quickly the Rotrics DexArm robot arm can be connected, set up and put into operation. For a first test, I let the robot arm draw my RobotsBlog logo.

Beforehand, I installed the latest firmware and software, as well as got to grips with the TouchPanel and tested its function. If you factor out this time, it takes no more than five minutes from unpacking to the first use of the robot arm.

If one forgoes the connection to the computer or the use of one’s own logo for testing purposes, the robot arm can be set up completely via the touch panel and tried out directly. This way, one could start even faster with the Rotrics DexArm and does not even need a computer.

What would you do with your own robot arm? How can it support me at work? What can you automate, just for fun?

I have collected answers to these questions and ideas for projects over the last few years. If you have ideas or wishes for what a robot arm should do for you, please contact me. In the near future you will find various projects and results on Robots-Blog and our social media channels.
I am supported by a Rotrics DexArm, which was kindly provided to me in the Luxury Kit version.

This version comes with a wide range of tools that make the maker’s heart beat faster. The Rotrics DexArm is supplied with the following tools:

The packaging of the Rotrics DexArm deserves special mention. It comes in a great reusable hard foam case that makes the arm and its accessories safe for transport.

Here are the hard facts for the technology fans among you:

Munich/Shenzen – Rotrics announces the market launch of its new multifunctional robotic arm, DexArm. The robotic arm has a modular design and
has tremendous versatility. The DexArm has a variety of attachments, making it as easy as possible for manufacturers to paint and label objects, to 3D print and, as an optional feature, laser engrave products. The attachments can be quickly and easily exchanged with just one move.

The DexArm features a high repeatability of 0.05 mm, a high speed of up to 300 mm/s and a payload capacity of up to 500G. The robot arm can be expanded via modules, including a pen holder, a suction cup, a soft gripper, a 3D printer and optionally also, a laser engraver. To ensure user safety, a protective cover for the DexArm is also available for laser engraving. With the help of the user-friendly software, projects of all kinds – from labeling and engraving to 3D printing – can be easily realized.
„Its precision, blend of innovation, as well as its technology make our new DexArm a unique and versatile robotic arm for any industry. It makes it easier than ever to bring ideas to life as never before. The DexArm helps manufacturers draw, write, laser engrave and 3D print, in the easiest possible way. Its greatest strength is its versatility. Thanks to its modular design, it offers the exact functions needed for every industry,“ explains Wang Yong Xu, CEO of Rotrics.

Pricing and availability
From today until December 25, 2020, the Rotrics DexArm Luxury Kit is available at https://www.mybotshop.de/navi.php?qs=Rotrics

About Rotrics
Rotrics (a brand of Shenzhen Saiwenbote Intelligent Technology Co., Ltd.) is a tech startup based in Shenzhen, China. The team consists of dedicated engineers and designers who have extensive experience in robotics, open-source hardware, industrial design, and 3D printing. The founders of Rotrics wanted to understand how students play and learn with robots to be able to assist in learning and making the next generation ready for the digital future. Learning has always been part of our corporate philosophy. That is why we develop inspiring, engaging, and effective solutions for students and robotics enthusiasts which change the way we learn. Developing products, that help our customers and bring their ideas to life is our passion.

San Francisco, CA. September 19, 2017– T3D, an innovative technology company specializing in light- sensitive chemical resin development, announces the crowdfunding campaign launch of their newest mobile 3D printing solution on Kickstarter on 9/19/2017. During the month-long campaign, limited super early bird rewards will be available for as low as $169 (45% off the retail price of $299).

T3D works with any mobile device, smartphones or tablets. Weighing at only 32 ounces, allows for 3D printing on the go, anytime anywhere. By applying the patented visible light-active resin, T3D enables open air printing, giving Makers a front row access to the printing experience. And with the exclusive App, users of all experience levels can have access to over 5,800 3D models in the cloud gallery and become a professional in 3D printing.

The campaign has a goal of $35,000 and will begin reward fulfillment in March 2018. The various reward pledges include: “T3D will definitely be a game-changer to the 3D printing industry.” say Dr. Jeng, founder of T3D. “Whether it is speed or precision, T3D packs a lot of punch considering its small form factor. At an estimated retail price of $299, you are not going to find anything comparable out in the market, plus it is truly mobile because it works with all your mobile devices.”

The Mak3rBot is a LEGO MINDSTORMS Robot that consists of 3D printed Parts. The design is based on Damien Kees RileyRover / Joe Menos Retailrover as this design only needs a few parts. All parts were printed on a Vellemann k8200 3D printer. Most of the parts could be found on Thingiverse, some needed to be exported from Ldraw/LeoCAD. The LEGO ActionCam Camera mount has been designed by Andy Milluzzi. The mission of this robot is to travel to Maker Faires and share the #MINDSTORMSMAGIC with the makers around the world and show them that it is possible to combine LEGO with your maker hobby and create your own parts and robots.

The pictures were taken at Legoworld Utrecht 2016. The Mak3rbot robot and pictures were made by me, Sebastian Trella. Feel free to share pictures or contact me if you need more information or help with creating your own robot. 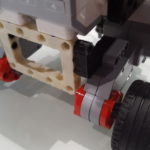 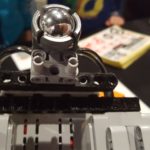 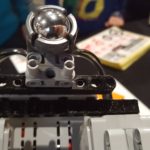 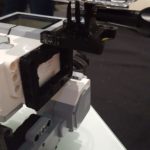 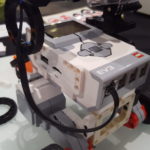 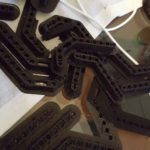 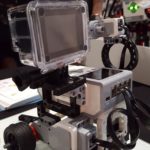