Make Munich is Southern Germany’s largest maker and do it yourself festival, which will take place for the fifth time in Munich next March. It has been firmly established in Munich since 2013 and will even be expanded by a second exhibition hall in 2019.

On 2nd/3rd March 2019, the makers will present their creative ideas, inventions, projects, technologies and their open, colourful culture of innovation. At the exhibition booths and in many inspiring lectures, the Maker scene will be experienced in its entire variety. But it’s not just about spectating, it’s also about doing it yourself and experimenting: In numerous hands-on workshops „new makers“ are taught all the skills they need to be creative and inventive and to produce their own things using modern technologies. The Munich Maker Festival is a colourful public event for all ages. You can touch and try out high-tech here. The mega topic of digitisation can be experienced by everyone in a comprehensible and creative way.

The diverse topics at Make Munich include electronics, Internet of Things (IoT), 3D printing, digital tools, robotics and fashion technology. Maker start-ups show the way to professionalisation. FabLabs and Makerspaces present their ideas and creative communities. Also projects and initiatives from the circular economy, repair culture, bio-hacking and design & craft present themselves to the public. A completely new feature is a separate large area for the „Young Maker“ young talents.

In addition to 180 exhibitors, more than 10,000 visitors from Germany and the neighbouring countries Italy, Switzerland and Austria are expected.

Our long-standing partner and main sponsor, Allnet GmbH, will be networking the maker scene with established medium-sized companies from its surroundings in a dedicated area in the new „Kohlenbunker“ hall on the Saturday of the fair. As the new main sponsor, Siemens AG is also on board to promote the maker culture and innovations across society. As a close educational cooperation partner, Munich University of Applied Sciences will present many exciting university maker projects. Other colleges and universities will also present their FabLab initiatives and ideas.

Ethan David just messaged me and sent me a video:

“ I made the robot using an arduino, a servo motor, and cardboard boxes. Most of the heavy lifting is taken care of in python doing the fast fourier transform on the sound detected by the microphone to find the frequency being played. This allows me to compare the frequency to the known frequency of the musical scale. It then becomes trivial to just program in the correct sequence of notes for the song and see if what I play matches it. „ 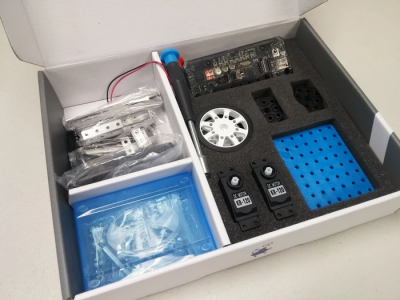 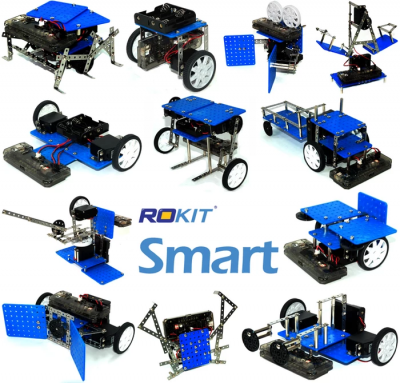 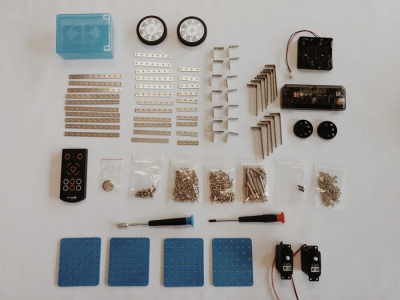